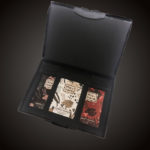 Kampot Pepper – The Finest Pepper in the World! 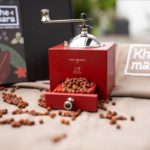 Treat me gently: At the right time, the right way and with the right mill
November 1, 2020 by khemarapepper in Stories

On a trip through Southeast Asia in the early 2000s, Roberto Forte made a fantastic discovery in Cambodia that has never left him: Kampot pepper. This incredibly aromatic pepper was already considered “the best pepper in the world” in the days of the French protectorate in Cambodia and found its way into French cuisine. Due to the outbreak of the civil war, it has been forgotten in the meantime. Fortunately, the knowledge of the value of this product and traditional cultivation methods have survived this time. A lucky wink of fate and Roberto fell in love with a Swiss woman with Cambodian roots. Together with his brother-in-law Benno Schildknecht, Dieter Ulmann, a shared passion for good food and a love for the country and its people, a vision turned into a project. Khemara and the Khemara Pepper Gardens was founded with the aim of bringing the best pepper in the world from the farm to your table with socially responsible and sustainable management.